Calculating the likelihood of item overlap with Base R Assessment

I have recently received an email from someone who had taken my Base R Assessment. In this email, the test taker reported that a large portion of the test items taken were duplicates (around 50%) when he took the test the second time.

I began wondering what the likelihood of this occurring would be.

The test selects between 10-20 items each time the test is taken.

These items are selected randomly.

There is around 80 items in total available.

First let us do some back of the envelope calculations.

We might want to know instead what the change of say 50% of the items administered in the second test being duplicates.

In order to do this calculation we would need to basically come up with the a list of all of the contamination of items which result in 50% overlap.

For instance, let us say that we have a ten item exam. The items that overlap are 1:5 and the items that do not are 6:10.

Next the first three and last two and so on. You keep doing this with every possible combination. This process becomes rather tedious and time consuming pretty quickly.

However, if you are willing to undergo a little approximation bias then a much easier process is to put together a little simulation.

Let us simulate instead the process x number of times, say 100,000. 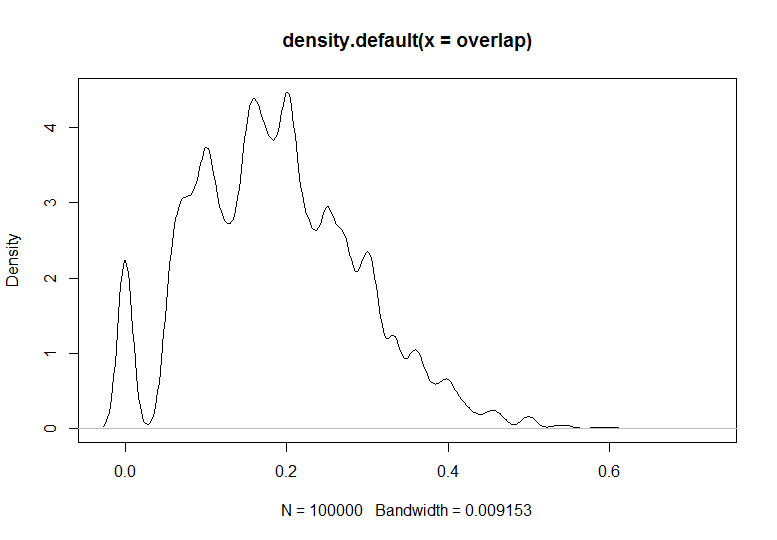 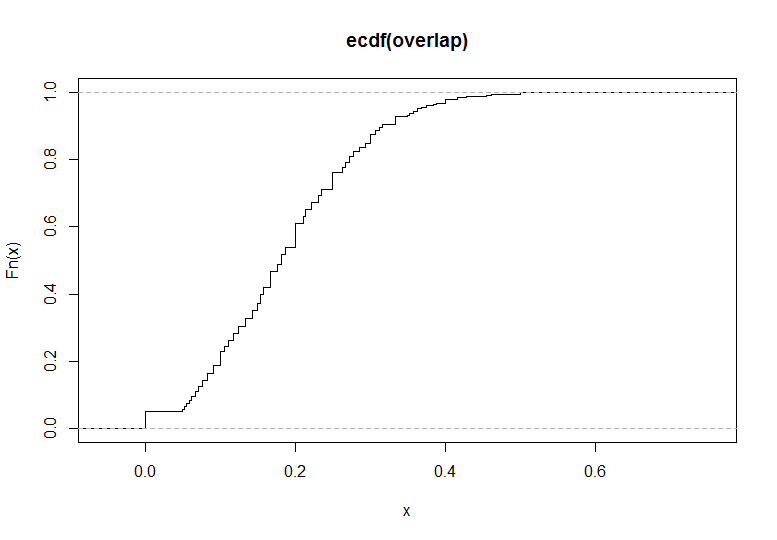 Test your skills with this R-powered R assessment of base R knowledge!

Built using the R powered adaptive testing platform Concerto, this assessment provides a short but powerful tool at evaluating your base R understanding relative to that of your peers.

Currently the assessment has over seventy items (questions) in the pool while each individual takes less than twenty of these selected randomly. So each test is unique.

Those who score well enough will be given the chance to contribute their own items to challenge other users.