# Imagine that we have a spectrum of voters.  On the left is communist-hippies.  On the fights is fascist-Nazis.

# Zero is perfectly between the two, the "Average voter" 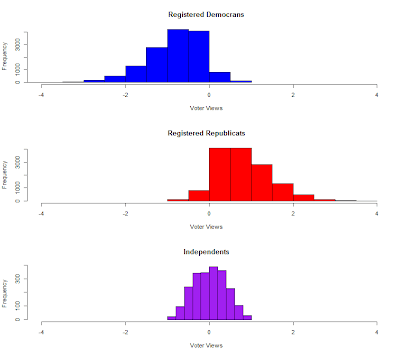 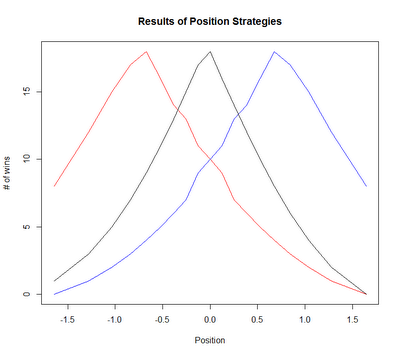 # Thus, not just the fringe people on either end of the position spectrum will always feel disappointed by the position taken by candidates when they are attempting to win the national vote.  Because even if the candidates claim to be very liberal or very conservative in the primary they tend towards center when trying to win the total vote.
Posted by Francis at 10/09/2012