# I wanted to briefly revisit a previous post in order to update the graphics. 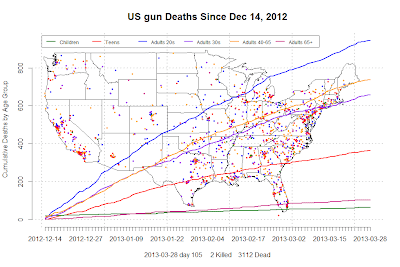 # The code used in the previous post has also become more useful since the database of guns deaths has tripled since the original post (yay!). 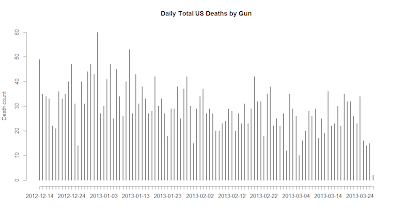 # We can see a steady decline in gun deaths.  I am not sure what is driving this exactly.  I suspect maybe a decrease in gun suicides due to the winter coming to an end is driving this though I think gun deaths will rise as murders start increasing during the summer months.
Posted by Francis at 3/28/2013