Mandatory Health Care – Not the solution 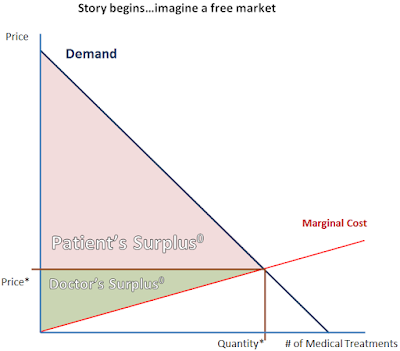 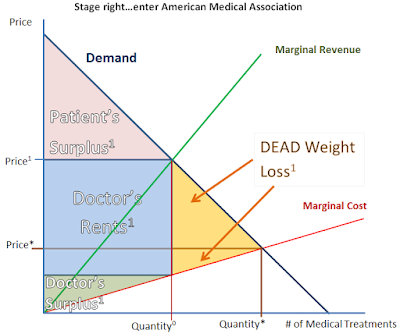 The problem is that there is too few doctors in the market.  The American Medical Association acts as an cartel by blocking entry into the market.

DEAD Weight Loss: This is the area represented by the medical treatments that did not happen because patients were unable or unwilling to pay for Price1.

NOTE*: The difference between Q* and Q1 might represent a huge difference as patients make decisions regarding their medical condition based on an inflated price. 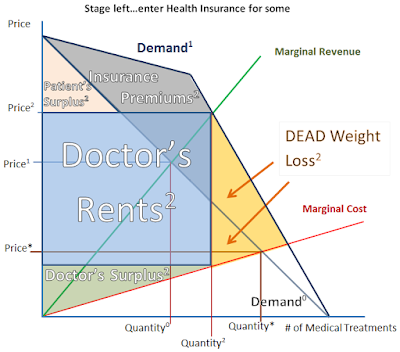 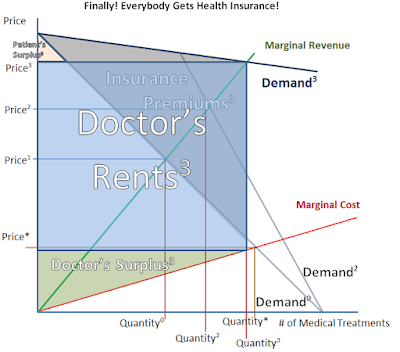 DEAD Weight Loss: We cannot directly observe the dead weight loss in this graph.  However, if you keep in mind that the average commission by insurance companies is upwards of 20% (as high as 50%) of what you pay in premium then you can be pretty sure that all of that extra cost is not a good thing.

So, why is this a bad thing?  Q3 is close to Q4, it might even be greater.  So hopefully less people will die and live in discomfort because of lack of medical services.  Sure, people in general are unhappy with how much they pay for insurance but ultimately that is mostly a direct transfer to doctors which are much happier.  Is this a problem?

In what kind of a world do we live where a person could spend his/her entire life savings paying for a single operation that costs 2 to 10 people 5 hours of their lives?
Posted by Francis at 5/05/2012